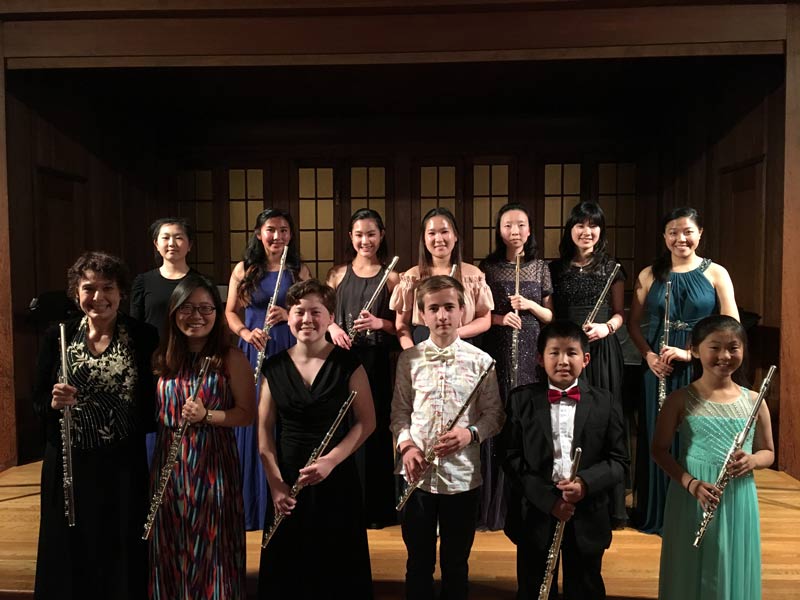 Yulan Chen is attending Northwestern University as a Neuro Science major. We miss you, Yulan!

Miranda Christ is attending Brown University. Much success to you, dear Miranda!

Clara Park (2009) is pursuing a career in “haute couture” fashion design at Parsons. She was also accepted by the University of Arts in London, and Pratt University, Brooklyn, NY, where she was offered a substantial scholarship. Clara, a dedicated flute pupil since 2009, would love to continue with her music studies.

Jennifer Kim (2011) will major in Computer Science at UCB. She was also accepted at UCSD, UCSB, UCI, UCD, and U of Washington and RPI with scholarships. Jennifer plans to continue her flute study because she LOVES the flute!

Jennifer Jo (2014) will double major in Music (Flute) and English at Carnegie Mellon (first choice). She was also accepted with multiple scholarships to the double major programs at Oberlin, NYU, Boston University, and UCSB!

Lillian Wang (2014) will double major in Biology and Music (Flute) at UCSB!! 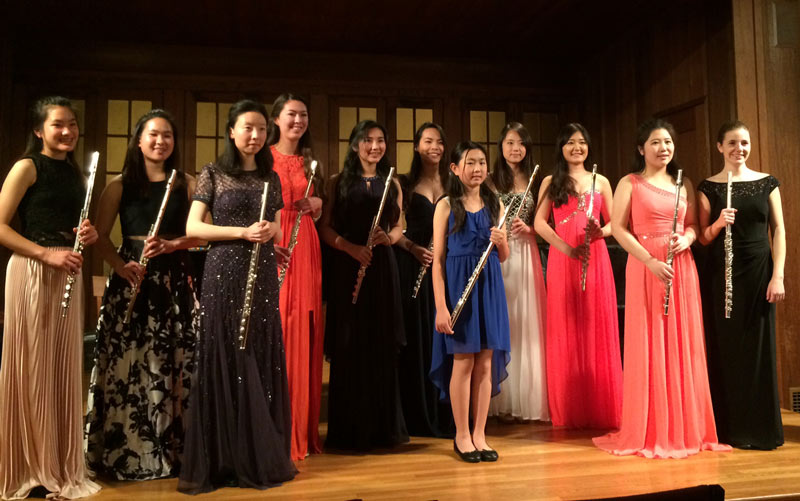 Look at what pupils of Maria Tamburrino have done: 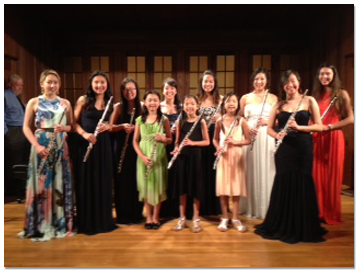